The Benefits of Humor in the Classroom

By Robert Eagen, Doctor of Pharmacy Candidate, University of Maryland School of Pharmacy
They say that laughter is the best medicine and the effects of humor in medicine have long been studied.  But what about the effects of humor on learning? This is the question that “Humor in Pedagogy: How Haha Can Lead to Aha!” by R.L Garner attempts to answer .1  In the article, Garner, an associate dean at Sam Houston State University, details a study he performed looking at the effects of humor in asynchronous distance learning and discusses the merits and hazards of using comedy to teach. The study involved 114 students who watched a series of three forty minute recorded lectures on research methods and statistics.1  Both the experimental group and the control group watched the same recorded lectures with one exception.  Three humorous stories or metaphors included in each of the lectures in the experimental group were seamlessly edited out of the control group’s lectures.  The subjects were asked to rate the presentations after watching each one and again after finishing all three.  After finishing all three lectures, the subjects were assessed on their retention on the material presented. 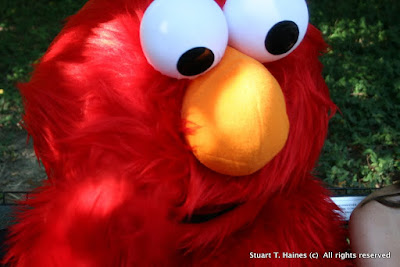 The results of the study show that humor can be a powerful tool when used in the classroom.1 The overall opinion of the lessons was significantly higher in the experimental group.  Students indicated in the “humor” group that the information was communicated more effectively and gave the teacher higher ratings.1  Further, the students in the experimental group were significantly more able to recall and retain the knowledge from the lectures.1
Often times, our most memorable lectures (or professors) are those in which humor was used.  Garner cites numerous studies that show the positive effects of using humor in the classroom. According to the article, humor is a powerful teaching tool that can create a positive “emotional and social environment” in which students can lower their defenses and focus more on what is being presented.1 Garner also says that humor can “initiate and sustain student interest” as well as improve students’ divergent thinking and memory of the topic presented.1
While there are many benefits, the use of humor when teaching a lesson can also have its down sides. After all, a teacher should teach not be a standup comedian! Humor is very personal and what is considered humorous varies from person to person. A comment that one person finds funny can completely fall flat with another, or even worse, be insulting. According to Lei, Cohen and Russler in their article “Humor on Learning in the College Classroom: Evaluating Benefits and Drawbacks From Instructors’ Perspectives”, humor that is offensive or degrading to students can have a negative impact on students’ learning.2 Additionally they posit that too much humor can be detrimental as it can undermine the credibility of the instructor and result in a loss of focus of the instructional objectives.2 Garner also warns that just because you are telling jokes does not mean you are teaching effectively. According to Garner, the humor needs to match 3 criteria to be effective. It must be specific to what you are teaching, targeted to enhance learning, and appropriate for the audience.1
Humor is a powerful force. It can encourage an atmosphere of openness, develop students’ divergent thinking, improve their retention of the presented materials, and garner respect for the teacher. But like most things in life, it needs to be used in moderation. Too much humor can result in a loss of respect and inappropriate jokes or jokes at the students’ expense can create a hostile classroom environment. It is important to keep this in mind when teaching.   Laughter isn’t just the best medicine, it’s a valuable teaching tool as well.
References
1. Garner LA. Humor in Pedagogy: How Haha Can Lead to Aha!. College Teaching. 2006.  Accessed September 25, 2011.
2. Lei SA, Cohen JL, Russler KM. Humor on learning in the College Classroom: Evaluating Benefits and Drawbacks From Instructor’s Perspectives. Journal of Instructional Psychology. 2010.  Accessed September 25, 2011.
Posted by Stuart T. Haines, Pharm.D. 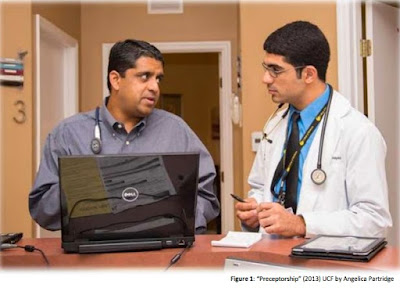 Unauthorized use and/or duplication of the material published on the Educational Theory and Practice Blog without express and written permission from this blog’s owner is strictly prohibited. Excerpts and links may be used, provided that full and clear credit is given to the blog essay's author(s) and the Educational Theory and Practice Blog with appropriate and specific direction to the original content.